I’ve just watched a fascinating talk called “4 reasons to learn a new language”. Wow, would I like you all to watch it as well!!

To save people a google search: http://www.ted.com/talks/john_mcwhorter_4_reasons_to_learn_a_new_language

Thanks @hectorgrey. I’ve just searched YouTube and found it there too, but since you’ve already posted “official” link I won’t interfear.

And here’s another - “Don’t insist on English” by Patricia Ryan. Utterly wonderful and I won’t be the only one who recognises her real accent… 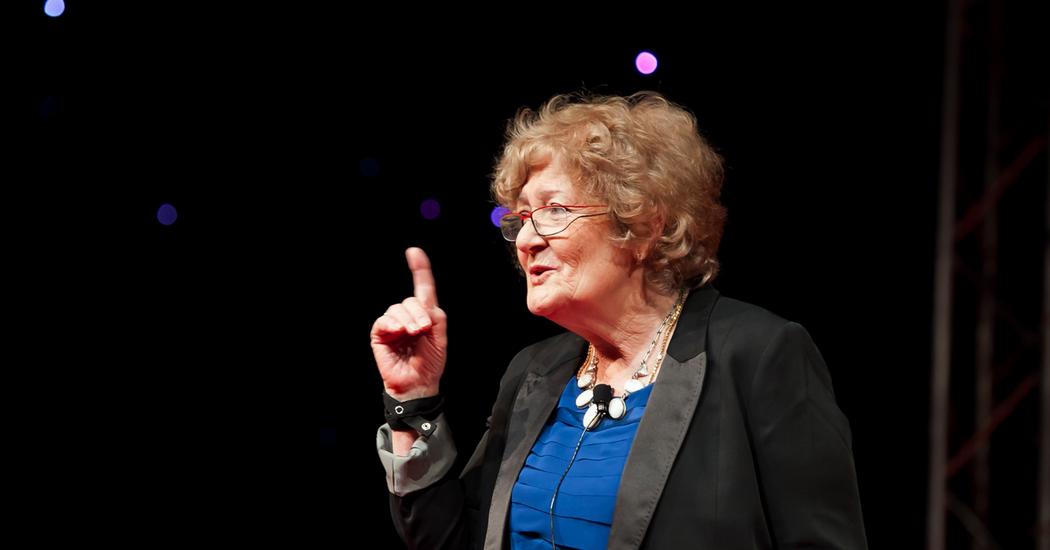 Patricia Ryan is a longtime English teacher who asks a provocative question: Is the world's focus on English preventing the spread of great ideas in other languages? In other words: What if Einstein had to pass the TOEFL? It's a passionate defense of...

Thank you for that - most interesting. It worries me that so many English words are replacing the perfectly adequate Dutch words I grew up with. Three foreign languages used to be taught there on a compulsory basis; it always amused me that table being feminine in French, is masculine in German, just one example. The simple translation of words from one language to another does not always convey the exact meaning in terms of how it is looked at, thought of or appreciated.

No one seems to ask why is English is so dominant - Im first language English myself…some almost view it as being a very democratic spread or even a great pure thing that can bind the world - it may indeed help.

Indeed, anglicised people I meet in Wales… have thought its just by ‘magic’ (it just is!)…or because its inherently ‘better’, more efficient or more adaptable…yet it was just by coincidence… used by power structures which overpowered…some say bullied other power structures/cultural groups - using methods like coercion/violence and economic imperialism (trade tariffs etc)

This is why I baulk at people who think some languages and cultures are miles different or better!

Yet many don’t think about this…and the some who have …maybe fear offending others to such truths - cos I rarely hear it said openly!..we are just swimming against the strong flow of unquestioning change!

I believe the influence of history and policy has it all. In our country we in early days were taught only German and later Russian and even after that English. If policy would go another course, there would probably be different language. Let’s say, if China would conolize the World or part of the world earlier, it might very well happen we’d rather all speak Chinese …

There are also very many common words which origins don’t even rise from English. Let’s say English inherited them so nicely that they just fit …

When I come to another country, if I know the language - no matter how little and poor that knowledge is - I start to speak it immediately and only after that I resort to English seing that people maybe don’t understand me, however I usually always take into considderation that locals might not speak English at all.

For example: when I go on holidays to Croatia, I’m speaking theri language (well, Serbo-Croatian for that matter (very carefully as I’ve explained here once)). I do simply because I many times feel my voice sounds way better in other language then English. I also do that because speaking various languages is very interesting. I love the sound of different languages and despite when I came on here, Wlelsh was like another planet to me, I was curious and thrilled with how it sounds. I never think about English as dominant language because it could very well be one another language to take this role if course of history, policy and what’s more to it would go another way …

Well, but this is just my 5 cents to the whole thing and my thinking of course which can always be denied. I’m not first language English speaker so my views can very well be way different from those who are or who are living in English speaking area.

It’s also dificult for me to measure the situation as we - Slovenes - are so “darn” adaptive to all kinds of languages. It’s true that practically everyone in Slovenia speaks English too, but it’s also true that many people in Slovenia speak rather at least 2 or even 3 languages despite when they asked usually would say they speak just English (besides their first language of course).

I also thought many times if (and probably it would be possible, why not) one could write (for example) software programmed in other language then English. I many times wonder is the computering “language” English because machines “understand” it the most or is just human race prejudice that it should be so. I believe many (language based) things are just imaginary true and they could be very well done differently with different language or even different script.

Yes, but not many people are thinking this way I believe.

Let’s say, if China would conolize the World or part of the world earlier, it might very well happen we’d rather all speak Chinese …

It’s not unlikely that China will have the world’s largest economy before very long.
Who knows what may happen then.

Who knows what may happen then.

This is a good TED talk (the audio quality isn’t great but it is worth sticking with it):