Jason has got very fed up with Dylan rubbing his nose in the fact that he’s a successful businessman and Jason is a failure. He decides to leave APD and set up his own handyman enterprise.

This new business is very successful and he gets work in far off places like Swansea. Whilst working on a house the client asks him if he has a wife and family to go back to as he seems to be working perhaps too hard on the house. Jason says that his wife has gone off with newcomer from Swansea, Dylan who is also looking after his son. On mention of this the client realises who this is and spills the beans on the illicit means by which Dylan got his money - by various drug deals and other criminal and sharp practices.

The client rounds up Jesse and they go back to confront Dylan in The Deri. Jesse says that he made her abort their child and now she can’t have any further children. Jesse apologises to Sionedd for all the trouble she has caused and explains that the girl she kidnapped was let go and fell into the docks on her own. They become friends and village nuisances by periodically painting the village red after sessions in The Deri - girls just have to have fun.

At the same time The client says that Dylan is a crook and a drug dealer. He has led the Client’s daughter into drugs which took a lot of time and money to repair. After all this Sara dumps Dylan and returns to the (now rich) Jason.

Kelly decides to keep the baby as having a dad who is a murderer is not altogether new in Cwmderi. She has a relationship with DJ as he is dependable and a typically welsh dad.

Tesni gets real and after a short time goes back to school nobody noticing that she has been away or that she seems to be about 30.

A post was merged into an existing topic: Anyone watching Pobol Y Cwm? [SPOILER ALERT!] 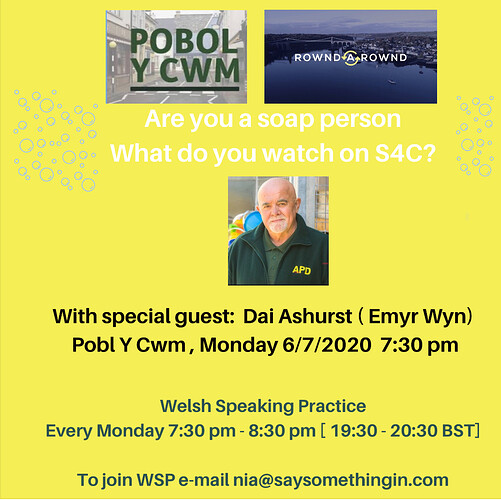