So I’ve been pottering on for a while, taking things slowly, but today I’ve hit a question. I’ve always known the South way of saying “like” (and its derivatives) from my relative and I’m comfortable using that in context. But I’m doing the Northern course and it’s really thrown me! Is it permissable to “mix” North/South in a sentence, or is it a really big no no?!
Hoping this doesn’t offend anyone

Don’t worry about it, and use the first form that you think of.

If you mean “Hoffi” v “Licio”, either will definitely be ok. For some reason, Lico is used in Swansea, which just goes to show that dialects don’t tend to respect borders. So, yes, just say what comes naturally.

(although I still also like hoffi, as I learnt in SSiW lessons).

There is no distinct line across Wales dividing north and south linguistically, so loads of people use a mixture of both, especially in the middle of the country. You’ll just sound like a native!

Thank you everyone!! Was starting to worry I’d got to start again!

Don’t worry Harriet - the North/South thing is a continuum, not a border. Plenty of mid-Wales speakers use a supposed ‘mixture’. When I lived in Llanafan, everyone there routinely used mas for out, but ise (= eisiau) for want.

So if anyone quibbles, tell them indignantly that you’re from Llanafan ( or similar).

As a slight aside, my 7 year old has just found my source words and is building sentences for me to try

. It’s a huge game to her! Wish I’d printed the vocab list from challenges 3 and 4 now! 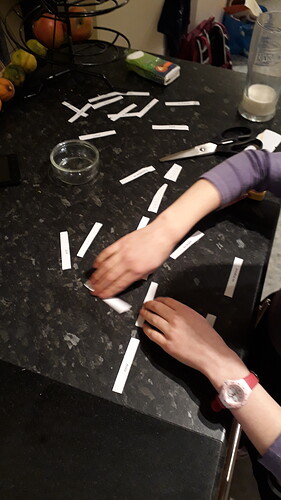 Or there’s always the get-out (which I think I’ve seen recommended by Iestyn):

“Well, that’s the way they say it in my village!”.

“Well, that’s the way they say it in my village!”.

Another useful variant, particularly if you have Welsh antecedents, is: ‘Well I remember my granny telling me that HER granny always used to say it that way.’

Or be slightly (righteously) surprised at their quibble: ‘Oh, don’t you say that, then? You should come down our way some time.’

For anyone on Twitter that hasn’t noticed this. This gives some interesting variations in pronunciation along with nice maps. Difficult to see the SE Coast, though.

I cant see the link