About a fortnight afterwards, at Adrian’s invitation, I went over to the Isle of Man to talk about intensive learning as part of Yn Chruinnaght - a Manx cultural festival. The day I travelled, I ran through the last 5 sessions again - when I arrived, I spent about an hour using only Manx with Adrian (which made my brain feel as though it was being fried).

Then that evening I sat in (as a very passive spectator!) on a two hour advanced class - the following day, I sat in on an hour’s intermediate class and then an hour’s beginners class - and then had an hour over lunch where Adrian and I stuck to Manx only again. It was a real eye-opener - not that the range of what I could say had changed much, but the pain levels had almost entirely vanished, and I was clearly beginning to chunk.

So that was about 16 months ago…

And tomorrow, I’m doing Day 2 off this rather slow learning journey…

We’ve got 8 new sessions, so I’m going to go through those and then maybe add some revision, and then at 8.30 tomorrow evening I’m going to do a live Hangout with Adrian to see what my production is like.

I’ll post the link to the Hangout in here when we kick off, if any of you want to watch me struggling…

I’ve, what at the moment, is an extremely rare hour of doing nothing, and just dipped into this (must resist temptation for now! - focus on Welsh!) but thanks for posting, it sounds fascinating and much more different from Welsh which breaks down my rather naïve preconception!

Hmmm … do you have some spies sent into my head? I actually pondered my thought the other day when doing the first lesson of Manx, what your knowledge might be, how much you can remember from that intensive all day session and similar stuff. I wondered how much would you be able to say now if you’d have the chat with @adriancain and here you are with this announcement.

I’ll be extreamly happy to see how you’ve improved in time. Doing such amount in such short time and having being exposed to the language just right after that is the thing which just has to give some extra knowledge and results.

No, I can’t say other than (written phonetically as I can’t write) “Ta mee geri lot Gelg.” and that’s about it.

So good luck for tomorrow. I hope I’ll be able to peer into your hangout to see how you’re doing. If not I bet the recording will be on your YouTube channel afterwords, won’t it?

or maybe on Adrian’s?

(I’m following you both)

If not I bet the recording will be on your YouTube channel afterwords, won’t it?

I want to keep a record of the first 10 days with Manx (however many years that takes me!)

Feeling pretty intimidated/nervous this morning - 16 months is longer than I’d planned on letting it wait! Fingers crossed I haven’t broken anything…

Funny how emotionally challenging intensive learning can be, even when you’ve done it a few times.

[Or, if you’re an intensive course survivor, feel free to wish me as much pain as you went through…

Oh, okay, I take it all back - I’ve just been introduced to the Manx for ‘to stop’, which is my favourite new word so far this year…

And now I’m loving it!

Two new sessions in, and a lot of the old stuff is back and fresh, and other bits that I never managed to get a handle on before are starting to fit into place…

I’ve just been introduced to the Manx for ‘to stop’, which is my favourite new word so far this year…

Nope, it has to be “going on” your favourite phrase of the year! 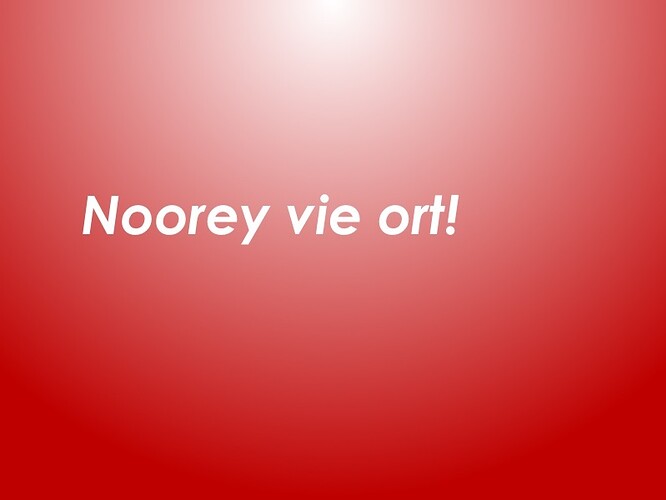 But stop is such a lovely word…

5 sessions done, 3 new ones to go… plenty of stuff that hasn’t got itself sorted out yet, particularly with tenses, but I can feel that they’re kind of moving about gradually… little flickers of hope here and there…

Right, time to take the last couple of lessons for a walk - with kids and dog - could be interesting…

Sounds like it’s going well! I may not be able to watch the Hangout live - darn time difference! - but I’m cheering you on

Buh valiam loat Gilg (excuse my phonetics!) but like @Richmountart right now I want to stay focused on my Welsh

I don’t think anyone died while we were on the walk, but I must admit I wasn’t really paying attention to them…

So that’s the 8 available lessons done - might as well fill my time between now and 8.30 (ish, depending on when Adrian gets his lad safely to bed!) with revisiting a few earlier sessions - see if I can nail some of those longer structures (that we really did make a little too long in the earlier Manx lessons!)…

Is the vodka included this time as well?
I might grab a bottle of Penderyn next time I’m tackling a lesson!

I’ve been on coffee and homemade milkshakes courtesy of Catrin this time round - a bit less entertaining, all things considered, and a bit sad to miss out on the advantages of alcohol…

10 sessions done - just revisited L201 and L206, and was genuinely surprised to see how some things that I didn’t even begin to get last time now appear to have indexed themselves properly - like ‘watching the football at the weekend’, which I didn’t say correctly even once, I don’t think, last time… so the 16 month gap hasn’t prevented some valuable extra consolidation…

5 hours spare until the Hangout - probably time to re-run some of the newer ones, see if I can nail stuff like ‘to feel’…

Ummm … L201 and L206??? You migh be master of Manx by now! So @adriancain beware! @aran might fairly surprise you and get you unprepared for what follows.

Worth noting here that Manx has 10 sessions per level (which is how we’d like Welsh to be structured, one of these days

)… so less impressive than it sounds!

Back to running through the end of what’s available now - just done L306 and L305 again… plenty of stuff that hasn’t had time to stick yet - I’d love to be able to use all the new stuff, but I’ll probably have to make do with lots of pointing and [sotto voce] swearing…

Now I’m curious about your mathematics. So now it’s Level 3 Challenge 6 and Level 3, Challenge 5 (and I’m talking about Manx structure of the course, not Welsh one).

I bet you’ll do just fine. I can already hear you speaking …

Ta mee geearree loayrt Gaelg rhyt! (I’ve made my offort and took this from the vocab of Lesson 1. The only sentence I really remember how to say.)

It currently feels fine when I’m actually in the middle of a lesson, but then it feels as if every single Manx word has magically disappeared from my brain the moment the lesson finishes.

On the bright side, of course, I’ve had exactly this feeling - of doing okay in the lessons, and then having zero access to any of the new language once the lesson stops - quite a few times before, now. So I’m quietly confident that I’ll be able to find a fair amount of things to say to Adrian, even if I don’t get to show off some of the lovely new things from today…

Just finished L209 again - on to L210 next, and then probably one more trip to L306 just to wrap things up, before giving my brain a little bit of down-time…

but then it feels as if every single Manx word has magically disappeared from my brain the moment the lesson finishes.

But that’s just normal for most of us!

L210 wrapped up again - plus making supper for my mother, and being slightly distracted (despite Catrin’s best efforts!) by having a couple of moderately bad-tempered children arrive home…

Feeling quite tired now, but as if another couple of days of this would really help me nail down some of the fiddly little bits that I haven’t got under control yet…

L306 (the last currently available one) and then, I think, a breather - and maybe a glass of wine…