So Catrin and I are sitting here falling in love with a seriously gorgeous unpeated single malt from the Isle of Islay - Queen of the Hebrides! - courtesy of @sharonmonks - by quite some distance our favourite Christmas present to date - diolch o galon, Sharon!

[Don’t worry, we’re pacing ourselves! - a dram today, and then we’re going to hold off until Christmas - although even Catrin, a lifelong non-scotch drinker, is currently oohing and aahing about how smooth it is, so I may need to hide it.]

P.S. Let me know if you don’t drink uisge-beatha, Trey… 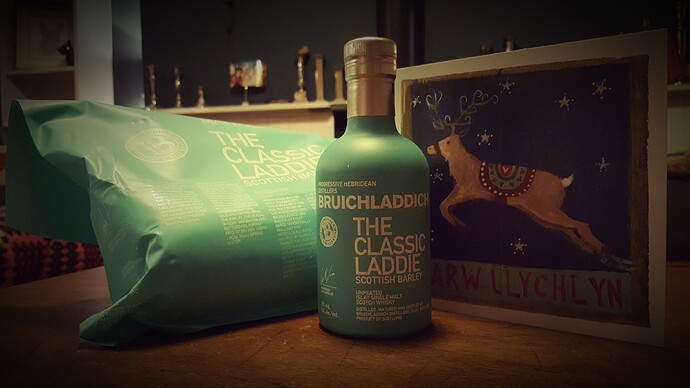 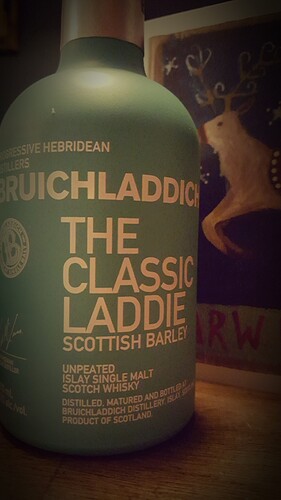 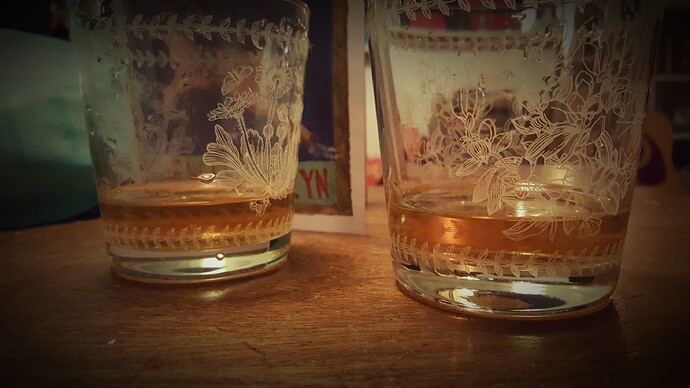 I used to be slightly into single malts, but not in recent years.

What actually does “unpeated” mean? I’d assumed that all single malts tended to be a bit peaty because the local waters usually flow through peat. Or does that just not happen to be a peaty area, or something?

What actually does “unpeated” mean?

I have NO idea, but I LOVE it…

I am going to be inserting references at ‘unpeated single malt’ into as many conversations as possible over the next month, in the hope that I’ll get the chance to offer that explanation…

According to my whisky-drinking husband, there are a number of different ways of including peat in the “flavor profile” of the whisky (or whiskey, if you prefer). The one sharonmonks mentions is one, or using a peat fire to heat the mash, or adding the flavor in the mix at various points.

This pic reminds me of a treasure trove of a shop in Inverary! Magic in bottles. I’m very jealous indeed - I can almost taste it from here…

I can almost taste it from here…

I can drink it without hands, no problem.

It is ironic. I am one of the few actually living in Yr Alban and I do not and never have liked whisky or Irish whiskey either! Once I was organising an International Symposium in Inverness. The Conference Centre was new at the time and eager for custom. I was living in London and I have a feeling they got specially cheap flights for me and a colleague to travel up and discuss arrangements, see hotels and generally suss-out the place. We got offered whisky everywhere! One of the off-duty activities for delegates was a distillery visit and there was me, “I am so very sorry, but I do not drink whisky…”
Now I do not drink alcohol at all, which would have been easier to explain than not liking even the smell of the National drink!

Well I believe there is a myth / story / school of thought / whatever that says if you drink exactly the right amount of whisky each day, you will live forever (presumably hence the idea of “water of life” - aqua vitae and Gaelic equivalent).

The difficulty being, of course, knowing what this mystical exact quantity is.
Fortunately for the whisky trade, there are thousands of Scots out there who are selflessly prepared to experiment with varying quantities each day, purely in the interests of science, of course.

“Water is the strong stuff, it carries whales and ships.
But water is the wrong stuff, don’t let it get past your lips!
It rots your boots, it wets your suits, puts aches in all your bones.
Dilute it well with whisky, aye, or leave it well alone!!”

As it happens, I don’t drink alcohol, either, but this was an old favorite . . .

Oh, yes, it is DEFINITELY Christmas now… with diolch o waelod calon to the marvellous @sarapeacock 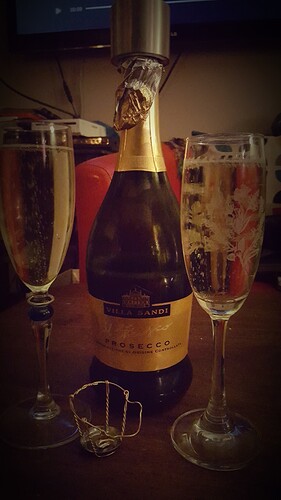 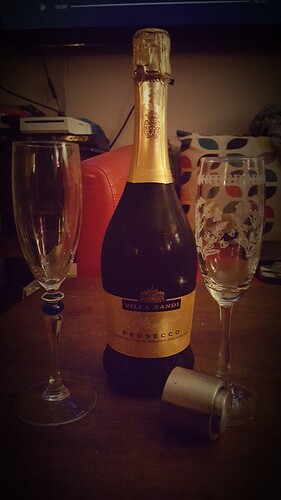