I have to admit to having gone to bed rather late last night. Aran and myself were sat around the fire with a glass of Beaujolais each and having a long brainstorming session, discussing all things SSiW till after midnight! As I went to bed, I did something which has become a habit in the last few weeks - check the weather apps on my phone. I turned to Aran and said that I felt very sorry for the people of Blaenau Ffestiniog, as they were forecast heavy snow overnight. But oh how lucky we were that we were only forecast sleet at the most. You can imagine the shock at waking up this morning to over a foot of snow!

The garden looked like a winter wonderland and it was surprisingly mild. The snow was soft and everywhere was so very quiet. We quickly got the kids up, dressed and breakfasted in order to go out for a long walk and play. As part of our morning routine, we went to it to feed the dog, but he wasn’t at all interested. All he wanted to do was go out to play - I’ve never seen him so excited! We’ve had weeks of snow on and off, but never this much!

Here he is, having an absolutely magical time this morning, jumping and running through the snow 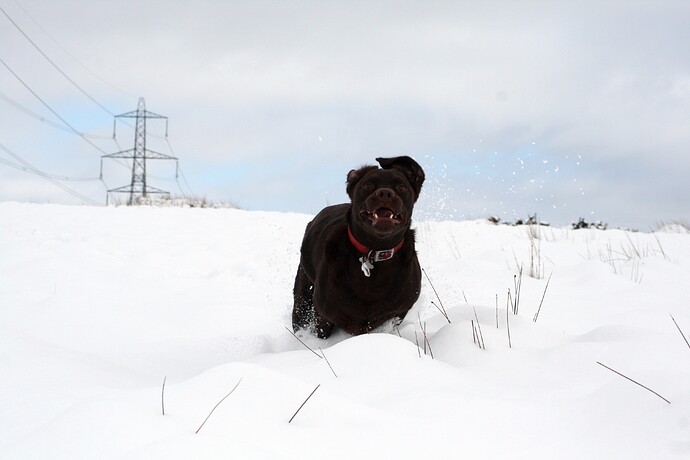 Here is our garden this morning… 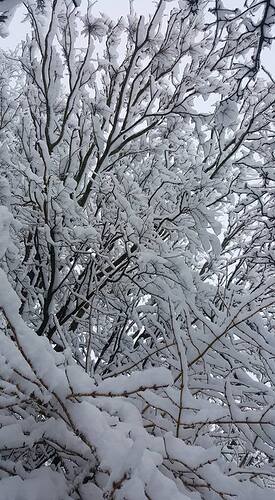 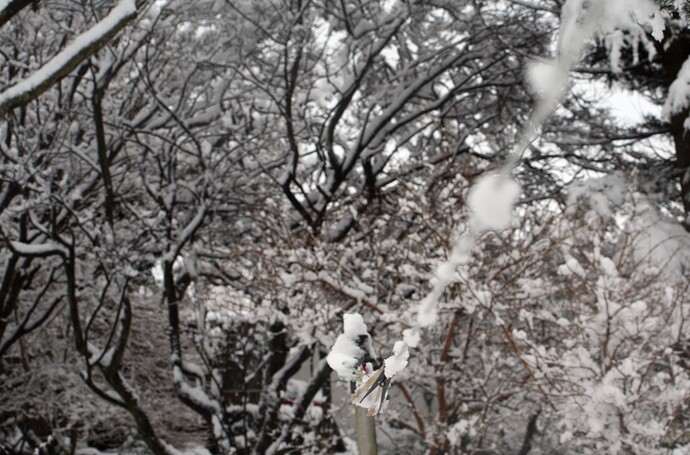 And this is the Eifl from Comin Uwch Gwyrfai 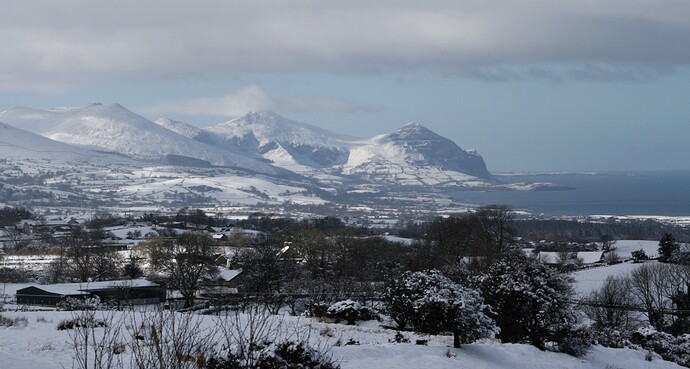 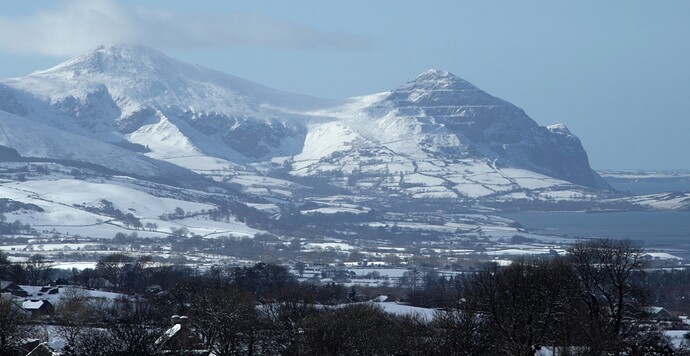 Good heavens! How close is this to Llandudno? The sun is shining here and it’s “warm” compared to last week. I am jealous!

We’re about a 40 minute drive from you guys. You’re welcome to as much snow as you can carry…

I saw on Weather that gogledd Cymru had more snow despite predicted end to,winter, but these pictures remind me forcibly of one of the times Gower had snow when I was staying with ‘auntie’. Her brother was there with his dog, so three humans and two labs set off. I took about two steps in a slightly different direction from the front gate and went upto my middle, into a drift! The dogs were already excited but seeing me like that really made their day! If anyone says dogs can’t laugh, they are so wrong! 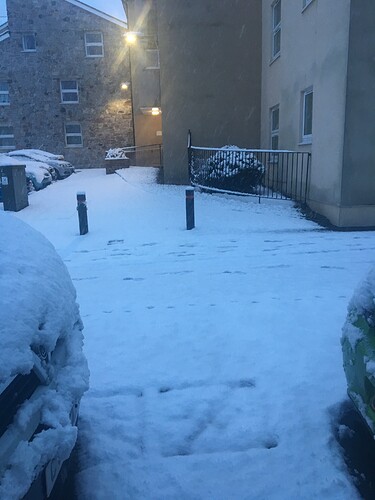 I know! - bit of a shock to have proper snow yn y dre!

Flippin heck. I feel sorry for you, what with no view and all…

Plenty of snow here … about 40 cm but it melts in these high (+10 °C at 6 pm) temperatures which stroke us suddenly.

Over a foot of snow should be perfectly enough if it’s a bit frozen.

Or you should build an oversized snowy Ceiri.

Looking at those photos I feel deliciously jealous!

Looks beautiful. I’m jealous. Reminds me of when I spent several years living in Colorado. Ya’ll have fun, the dog sure looks like he’s having loads of fun.