Is anyone thinking of entering this year’s Learner of the Year competition at the National Eisteddfod. The closing date is 31 March 2017 and fast approaching!

Its a great way to practice your Welsh and meet other learners from all over Wales (and the world!). If you’re thinking that you need a new challenge, its a great way to get out of your comfort zone and push yourself too.

There are plenty of SSIWers who competed in previous years, so if you’ve got any questions, we’re all here to answer them and offer lots of moral support.

@Bob or @gruntius should give this a go

There’s no reason why you shouldn’t enter @pete2…

I can think of several!!!

Not a chance … on principal. I don’t think that learning Welsh is a competition and, despite what you are all going to say, I can’t help thinking that this is actually strengthening people’s belief that we are learners forever. People starting out on the journey to fluency can think of this in two ways, comparison and thinking that they will never reach that standard or inspiration to drive on, I just don’t like it. 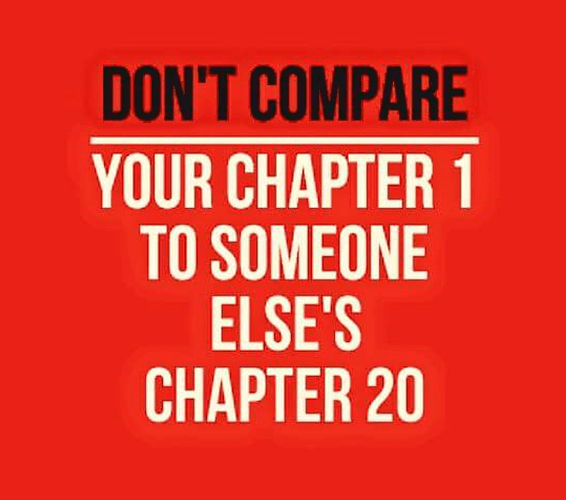 Totally understand that. I just consider your journey to be inspirational thats all

Thanks for saying that Pete, my reply wasn’t intended to be negative in any way. I appreciate it.

I certainly didn’t take it that way. I agree with you. However if dysgwr y flwyddyn can help inspire people to learn our beautiful language, i think the positives outweigh the negatives. That said it does suggest a moniker that I can see sounds pretty dreadful in the long run.

I see where you’re coming from, @gruntius - as a kid, I refused point blank to enter music competitions for just that reason. I relaxed that view as a student, when we saw it more as a means to an end for publicity and getting places.

Needless to say, I was gobsmacked at the competitive nature of music, literature, practically everything, when I came to Wales and experienced Eisteddfodau (Eisteddfods?) for the first time. My kids have embraced it without question though and happily hop up on stage to be graded on singing, speaking, hopping about, you name it…

I’ve occasionally thought it might be fun to go along to Dysgwr y Flwyddyn as part of a large group of confident SSIWers. It would be a way to give some publicity to SSIW and have a (hopefully) fun Welsh-speaking day out. After all, it is the Eisteddfod!

Would anyone else be up for that?

(Mind you, I heard a couple of finalists on the radio last year though, and they really were rather good. And how they made a decision between them is anyone’s guess! Also I think the ones I heard were mostly living in a Welsh-speaking environment, which changes the game a titchy bit.)

A propos Eisteddfodau, in London, I was shocked by how bad kids in chapel were at reading aloud, singing solo, oh, all sorts. I was comparing with English-speaking Gower, hardly a hotbed of Eisteddfodau! But these things ‘rub off’! Schools compete in Wales, even English speaking ones, there is a tradition of ‘beirdd a chantorion’ in London the kids had no idea how to project their voices! So I am thoroughly in favour of the tradition of competition, even if it is founded on Iolo Morganwg’s false evidence! But I do understand how @gruntius feels about this particular one!

Oh to the people who’ve liked the suggestion i could try for dysgwr y fllwyddyn…god no. I just try to learn, encourage others and so on. What’s important for me is to see OUR language thrive.

You couldn’t compete anyway! You aren’t a learner, you’re a speaker!!!

Same goes for @gruntius, I think!

The whole issue of competition in the arts and we can perhaps include language learning, if there is an art to learning languages!
I agree with @gruntius that art and competition are very unhappy bedfellows. Yet, this is the whole point of Eisteddfodau (Eisteddfods?)?
At school I entered the school Eisteddfod competitions solely to get a house point for entering a competition with the attitude that anything beyond that is a bonus, to have a laugh and to try new things. Entering is helpful as it gives you a fixed time point to prepare something for, to put a bit more attention to something you otherwise wouldn’t, to get it better at it than you would otherwise.
On the other hand I know people who do the Eisteddfod circuit and learn exactly how to win competitions. The thing is these people have a tendency not to be great musicians. The focus is then on winning competitions rather than doing something well. for young people this is terrible and their musical development actually suffers because of it. I hope most people will understand what I mean!
The thing is to have fun whilst pushing yourself in both art and language learning, but not to become obsessed with achievement. If you can do that and not give a fig about winning, then go ahead and enter and pob lwc. If you are a really competitive person, then may I direct you to things like sport and away from the arts, or at least be clear with yourself why you are doing it.
It is noticeable. i did manage to squeeze in a couple of competitions at the National Eisteddfod. There were some amazing musicians, but there were also those who tried too hard to play the dots and lines right and not enough on creating music. I hope that usually even if you make a couple of minor mistakes, but produce wonderful expression then that should count more than note perfectness in competition, both musical and otherwise. But subjectivity versus allocating points are always difficult.

While I instinctively tend to favour @gruntius’s argument, I can also see the other side.

I really hate all those competitive programmes on TV nowadays, in fields where (to my mind, competitiveness doesn’t really belong, especially when the judgement about who has “won” is so subjective.

On the other hand, there is a strong tradition in the arts in Wales, going back a long way, of competition.

Something a Welsh person once said to be was that the Welsh attitude to life is somewhat “gentler” to that which obtains in England. (As someone who can probably be accurately (as much as anyone can) regarded as “English”, I think she was probably right. Not that the Welsh don’t know how to fight, when necessary: e.g. on the Rugby field. (And I’ve just been reading a biography of Nye Bevan - a fighter if ever there was one - if he hadn’t been, we might not have an NHS). But when it comes to the arts, I think the purpose behind all those competitions, is the raising of the standard of excellence of the art itself, and not about puffing up the ego of the performer. It’s competition, yes, but not aggressive competition. (or are there “Eisteddfod Mams”, like there are “Soccer Moms” in the USA…?).

(BTW, Nye Bevan and Jennie Lee were great supporters of the arts, as it happens).

It’s another way of celebrating the language.

are there “Eisteddfod Mams”

Max Boyce’s Mam and family mouthing the words of ‘Y Wiwer’ to young Max?’ No, I don’t think his Mam was like a ‘soccer mom’!
But I do actually think such people are to be found everywhere. It isn’t the fault of soccer or Eisteddfodau or gymkhanas! Some kids had fancy expensive ponies bought to win prizes, trained by experts, so all the kid had to do was stay on and give the right ‘aids’ (signals). But most had pretty untrained, shaggy and much loved friends or borrowed riding school ponies and took their chances! In it for the fun!
I’m not sure Eisteddfodau are fun, maybe more like being in the school play, which I certainly enjoyed, not least because in my day, most schools like mine were single sex and we girls got to play the really good parts that, in later life, we never could!
Dysgwr y Flwyddyn is a bit of an anomaly. I think it was invented to encourage learners, but I wouldn’t think anyone learns to try to win! I hope not!

or are there “Eisteddfod Mams”

I expect there are a few. Really, the poor mams who lug full size harps around the country and go the the considerable effort and expense of helping their child make progress with the harp, do deserve medals. That I suppose is the point of arts competitions, it isn’t to celebrate the individual, but to celebrate their support: family, friends, teachers, community.
So, if a SSIW learner won learner of the year, it would be a huge compliment to this community.

Not that the Welsh don’t know how to fight, when necessary: e.g. on the Rugby field.

Hopefully without ruffling any feathers, you may have a point here. Winning with style for the glory of the game is more important than a cynical win at all costs mentality. In recent years it is possible to suggest that the England team have been more focussed on winning than the Welsh team, in rugby it’s about percentages and very fine decisions.

Rugby crowds encourage kicking penalties into touch, for the hope of a try, rather than kicking for points, it makes for a more glorious game more often than not, but It’s never a simple decision, rugby is more complex than that.

I don’t learn Welsh in order to communicate - I can do that perfectly well in English already. So I feel that it does have much in common with an art form, as you take on the challenge to become more and more idiomatic. In the context of the Eisteddfod, that seems a perfectly logical thing to have a competition about!

On the other hand, if nobody else is interested in forming a Team SSIW this year, I certainly wouldn’t feel like going along by myself!

That’s a very interesting point. We learn a second language to find new ways of expressing things and understanding things, to expand how we can communicate. We do art, or appreciate art to express or understand different ideas. So learning a language is very like an art form, we can then make new art in the new language, or even make art using two or more languages. For example If you like poetry in English, you are highly likely to also like poetry in Welsh, which then enriches your interest in poetry.