With only two and a half weeks to go till Dydd Gwyl Dewi / St David’s Day, I thought I’d get the ball rolling.

Many of us will be used to celebrating this day with friends and family at various events. Maybe a concert here and there, a meal out, a gig or a play, a recital or an evening in the pub. But of course this year is very different.

It would be a real shame to let the day pass without any effort. So I thought I’d start this thread where we could share with each other online events, ideas on how to celebrate, recipes for traditional Welsh dishes and so on.

But before we get started, here’s a reminder of what it’s all about…

If you haven’t organised anything yet, or aren’t sure what to do, then here are a few tips and ideas…

If you’ve got little ones in the house, how about making some egg box daffodils? 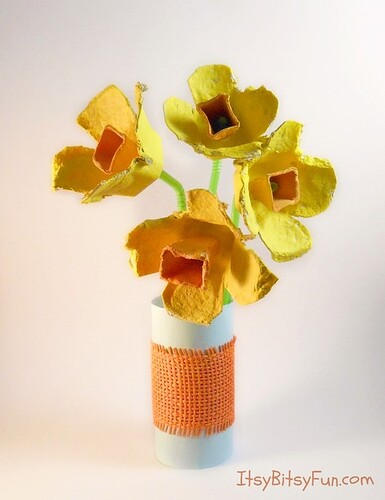 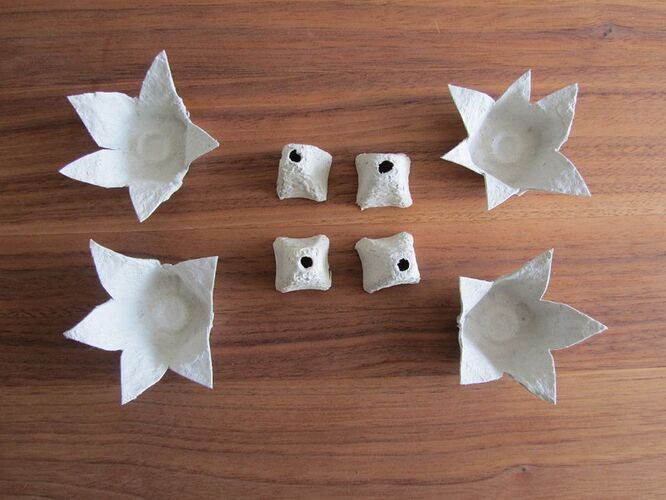 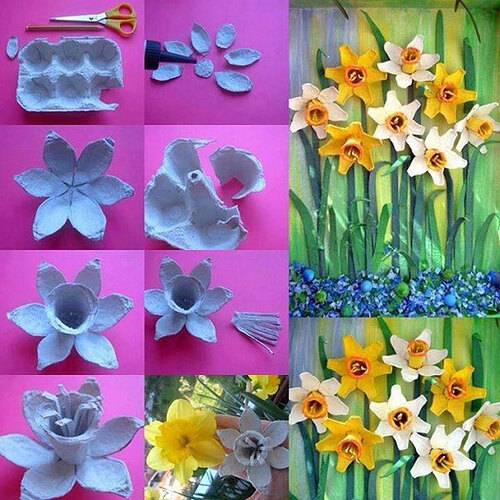 This sounds like a lovely project for anyone interested in singing the Welsh National Anthem! We are Choirs For Good, a non-profit that aims to improve health and wellbeing through singing. As part of an online St David’s Day concert called Gwlad!, we are running a one-off virtual choir project to record the national anthem, and we would love to invite your singers to take part! The virtual choir video we create will be the finale of the concert, and the choir will sing the anthem with John O… 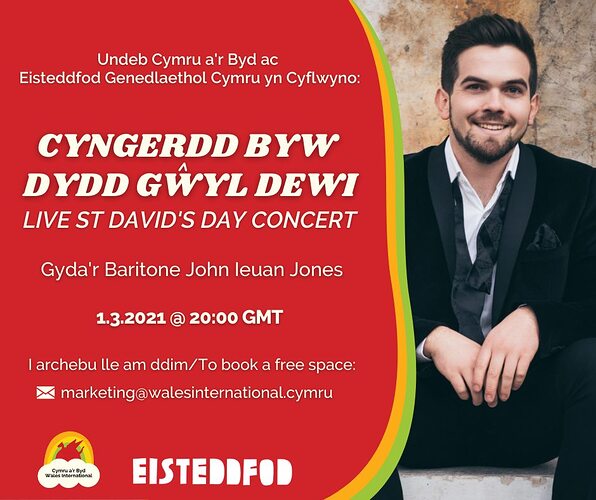 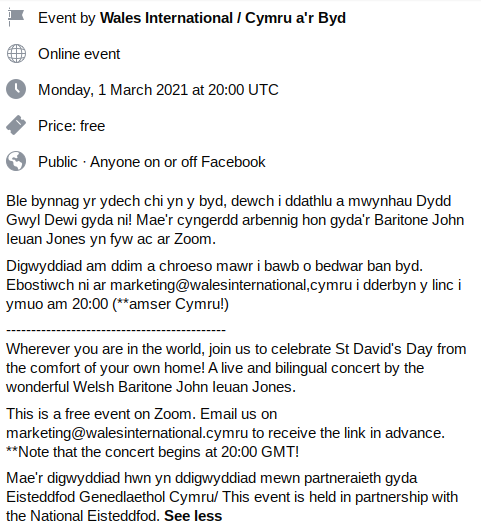 Here are some links to traditional Welsh recipes -

Celebrate St David's Day on 1 March with our Welsh-inspired recipes, from classic Welsh cakes and bara brith to modern twists on the traditional like rarebit muffins. 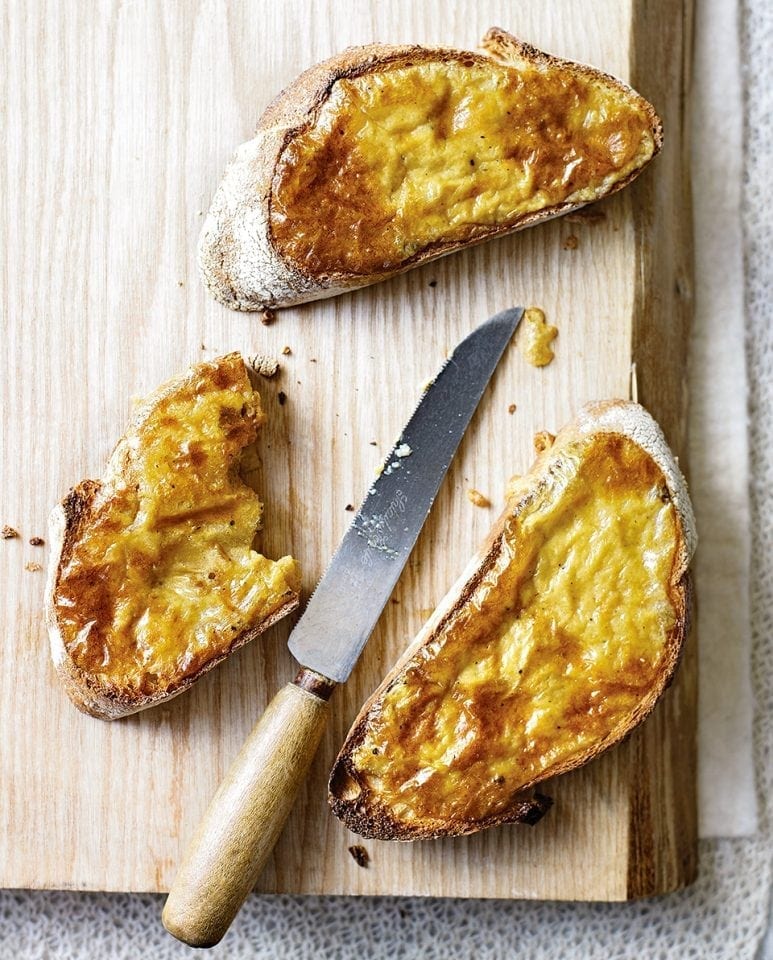 Try one of our Welsh recipes for St David’s Day on 1 March. Recipes include leek soup, Welsh cakes and many delicious variations on a classic Welsh rarebit.

Hungry? You will be after reading this

My all time favourite, which were cooking tomorrow night for friends is chicken, leek and tarragon pie with white wine and double cream. There are plenty of different recipes online, though as the years have passed, I’ve made up my own. Here are some photos… 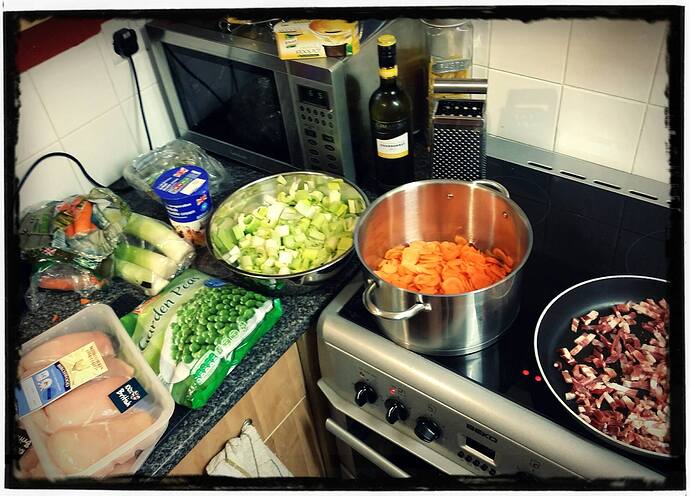 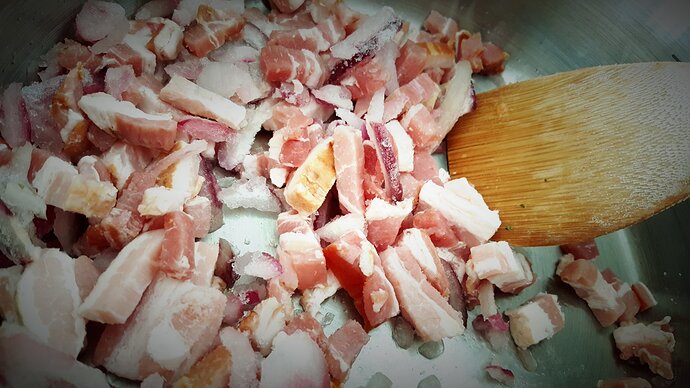 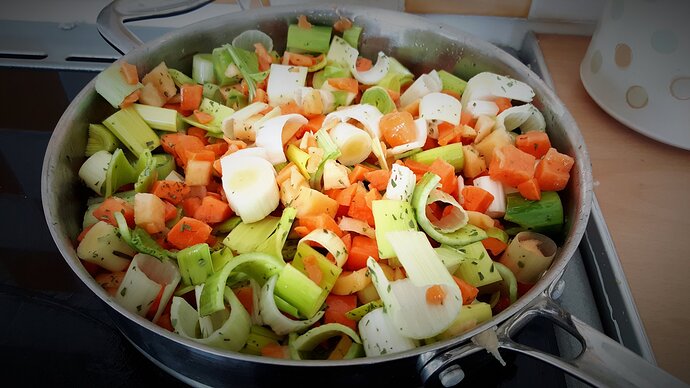 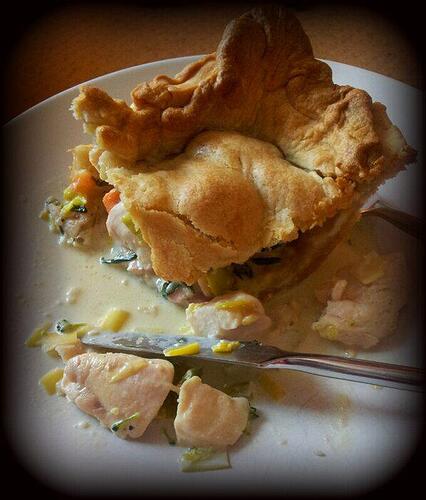 Wow. That just brought back memories of making those in infant class with our teacher Mrs Bevan: In the English east Midlands in the 1960s. I had completely forgotten about it, but there it was, buried deep, waiting to come out.

After too many years of making soggy bara brith that even our late dog Sŵt wouldn’t eat, I’ve been using this recipe lately.

This bara brith is made the traditional way using fresh yeast. Most supermarket with their own in-store bakery will sell, or sometimes give away, fresh yeast.

If you can’t get fresh yeast, substitute 10g dried yeast.
This bara brith is lighter and more risen than other recipes and toasts really well.

Sŵt wouldn’t eat mushrooms or crisps either but everything else including sheep or rabbit poo was just fine.

Diolch @CatrinLliarJones, funnily enough while in Tesco this morning I decided that I would make my first ever batch of Welsh Cakes for St David’s Day and bought a bag of currants in readiness. Thank you for the recipe

This was one of my Nan’s books 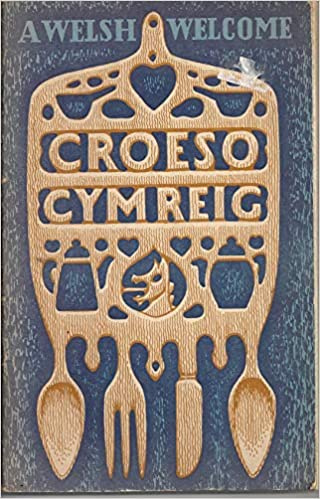 Here is the index of recipes inside 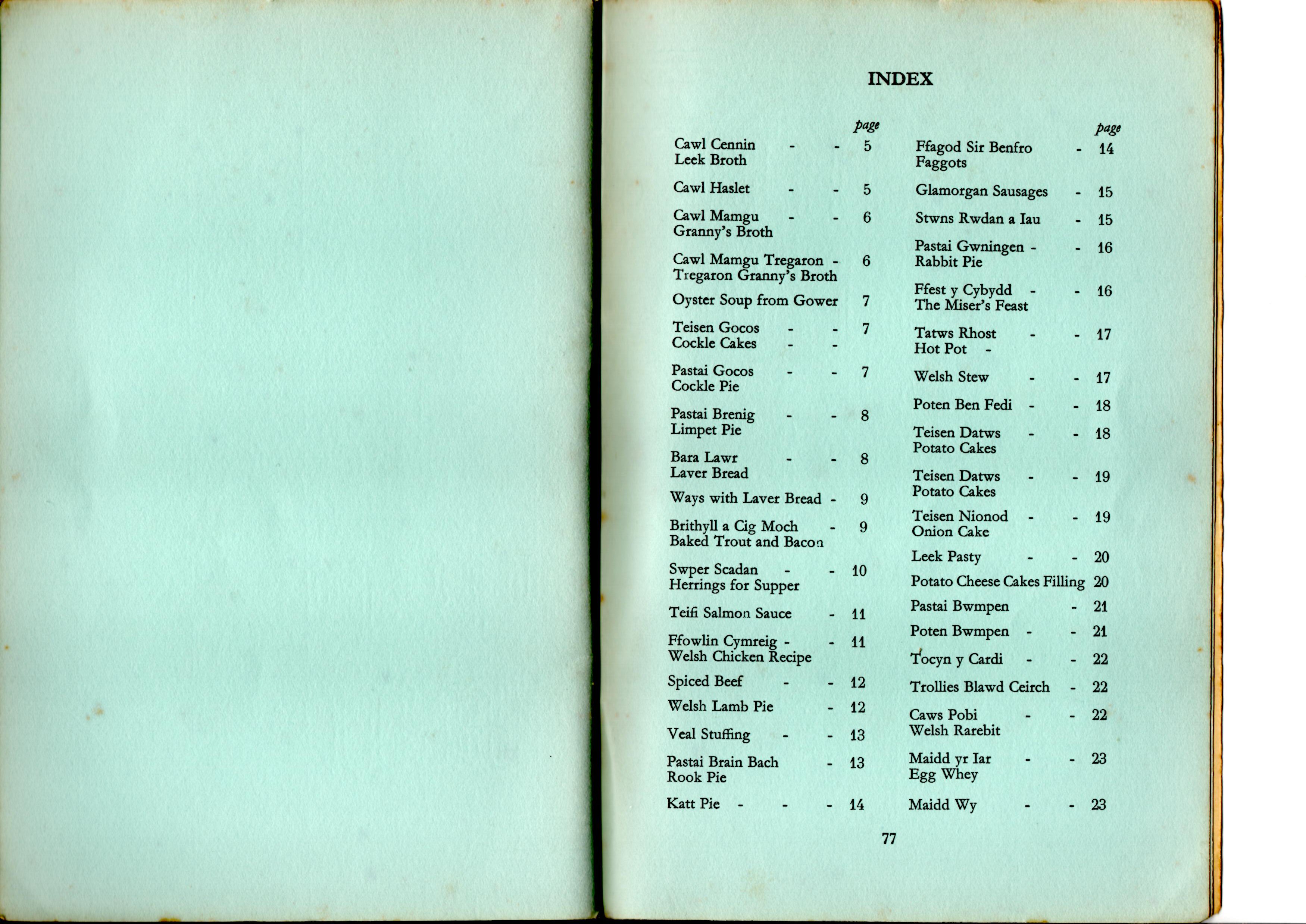 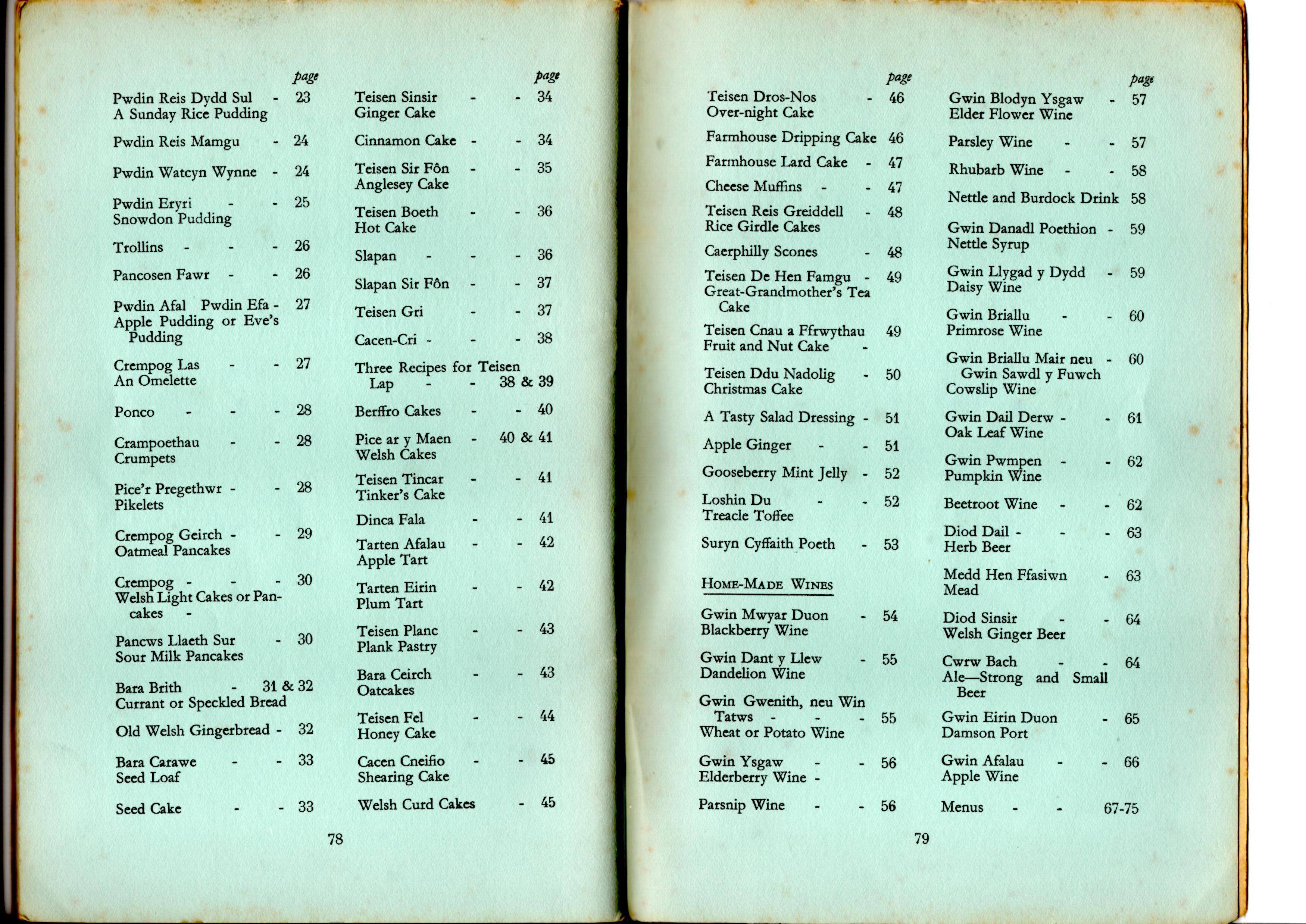 Haia @siaronjames, please could you post the recipe for ‘ teisen de hen famgu’ ?
Diolch o galon, I’m always on the look out for a good, old recipe😁

Sure. Please bear in mind that this book was published by the Wales Gas Board and dates from 1963, so I can’t give modern cooker settings or any other advice - I’m just copying it exactly as it is in the book! Good luck! Let us know how it goes!

Lovely, that’s no problem. I use my Grandma’s handwritten recipe book (started in the 30s) and she used a coal oven so, no timings and no heat settings beyond ‘hot oven’, ‘low fire’ etc. There’s other wonky ness one recipe starts ‘Get a 3lb jam jar’!
Diolch am rhannu 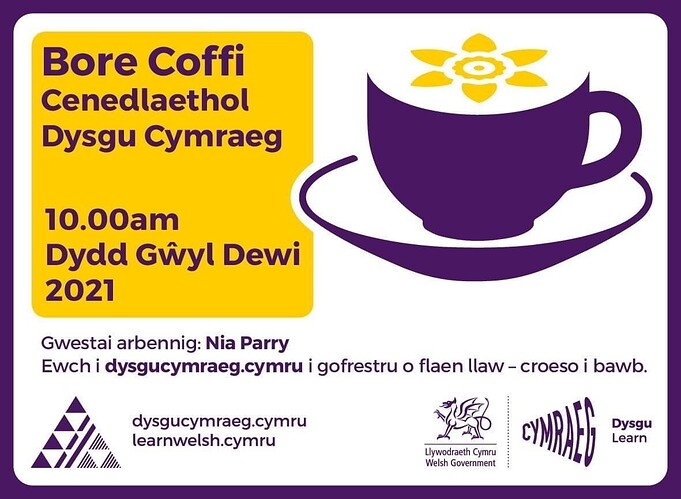 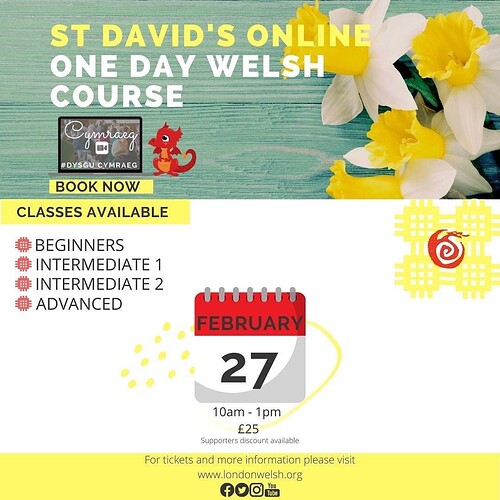 This is the best recipe for [whatever you call them in your region] I have ever tried.

One thing not mentioned, however, is to take them off the bakestone about thirty seconds before you think they’re done. They’ll continue to cook under their own heat, but they won’t burn or dry out as a result.

This is from the (out of print) A Little Welsh Cookbook, Appletree Press, Belfast 1990 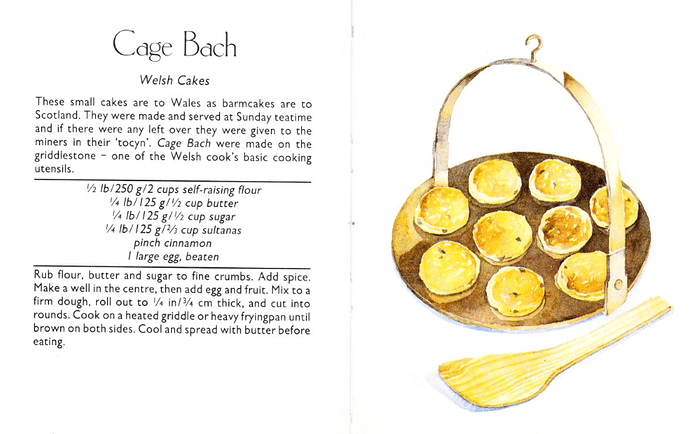 Recipes for these little cakes, whatever you call them, abound. My daughter makes them to her Gran’s recipe, which she will not share with me as it is handed down the female line. They do not however use any spice and are, I must admit, delicious. She admits that mine taste good but decries my use of a little mixed cake spice. I also use a mixture of butter and lard for the fat but I cannot discern what she uses.

The spice/no spice controversy can get heated. Some consider spice to be an affectation and ‘posh’, while others say it reflects the ‘Sunday treat’ aspect of the little things.

Lard is a good shout, and is considered more ‘authentic’, but I wouldn’t be able to persuade anyone else in my family to eat them: They’d all be claiming that they could taste sausages. As if that would be a bad thing, in any case.

Out of interest I looked in my little book - there are two recipes for Pice ar y Maen (Welsh Cakes), one uses mixed spice, the other doesn’t. Both have lard. Funniest thing though - both tell you to bake the mixture on a girdle - who knew there was autocorrect in 1963!

The recipe turned out with a lovely scone texture, nice and fluffy with enough sherry to stun a donkey. Mrs G and I looked at it and said “chapel teas” as one voice… Just the thing to take your mind off the fish paste sandwiches on the way to green jelly done in a bunny mould. Definitely a good old fashioned job and all done and washed up in 30 mins. I’ll do it again. And 170 fan’s good enough. Thanks again , just the thing with milky ‘witch pee’ as my Grandma called it.

Sounds like you had fun! Glad it turned out well