Do thoughts form words or the other way around (Radio 4)

I was listening to this program: 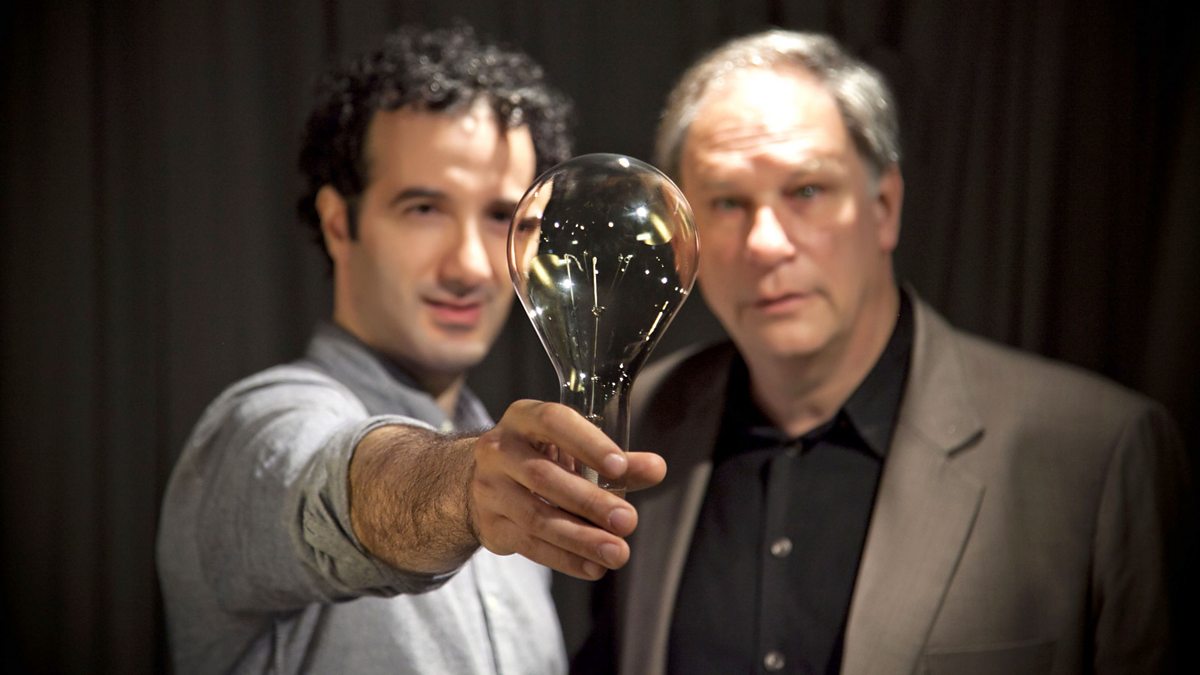 Jad Abumrad and Robert Krulwich explore a world without words.

It was looking at how words and thoughts are related. It seemed to be proposing that certain thoughts are impossible without the language to express them. It goes into some detail about various experiments on rats, children and adults. (No rats were harmed.)

Better than that it would seem to suggest that having different ways to express things expands your mind. (That may be me reading meaning into it.) So having a language that has multiple words for the English ‘other’, for example, could improve your ability to think!

I would suggest listening to the program before commenting as some of the experimental results are counter-intuitive.

It adds a new reason for learning another language… I want to think thoughts and have ideas that are impossible in English!

I want to think thoughts and have ideas that are impossible in English!

Enjoyed that, one of those bits of radio that I’ll listen to a few times.

Very interesting. I found that when I started to learn welsh some interesting things happened in my mind.
I write a lot of reports in my job and I found my ability to write them particularly in the way i could substitute words for better ones improved dramatically. The weirder thing that occurred, was that I was sitting down with my daughter drawing and I drew some beautiful blue flowers. My wife couldn’t believe I had drew them as in general I was not able to draw well before. I don’t know if anyone else has experienced something similar?

it is odd, i may have mentioned elsewhere lying in my pram looking at the fringed canopy and trying to say, “dad”. I suspect it was pure accident that put my tongue into the right spot at the right angle and I remember the feeling when i lay there yelling “dada dada dada” I did not know the word ‘triumph’! I only knew how to say “mam” and “dadadad” , but I knew how I felt! Also, I could not verbalise, "I want to say that noise Mam makes that means the man in the pictures who is somehow ‘ours’ and is ‘my dad’ " , but I still succeeded in my endeavour!

I’ve just listened to the programme and it is really interesting. They don’t compare 2 languages, but going from being without language to being with it so it doesn’t seem to be strictly comparable to the difference between being monolingual and more than monolingual. However I did have a teacher who reckoned while you could be perfectly Welsh and di Gymraeg ar the same time, those who spoke Welsh got a different, extra perspective on their country and culture. I’ve said before that it’s like Dr Who with his two hearts. A Welsh one, and another one. Usually, but not always, an English one.

That is true, but they do talk about needing language for a concept in order to be able to think about that concept. So, if the languages you use don’t have a particular concept then you can’t think about it. (That is my interpretation of the premise of the programme.) the closest to a good example of that is that in Greek there are two words for time. (This doesn’t quite work as it is possible to explain the concepts in English.) chronos, which means ‘tic toc’ time and cheiros, which means ‘the right time’ as in an event foretold by a prophet coming to pass. On the other hand, when you see ‘time’ in English there is an ambiguity that there is not in the Greek. I am sure that the way ‘ges i’ is in Welsh (ges i amser da/ I got a good time) where English would say ‘I had a good time’ affects the way you think about the meaning of the sentence. (I could, conceivably, be writing rubbish, but I do think there is mileage in this whole concept.)

I had a Hungarian school colleague who could only discuss his Science studies in English as he didn’t have the Hungarian vocabulary for it. This was in London in the 70s.

Years ago, translating song lyrics for a French friend – as one does – and thinking about ‘Schizophrenia’ by Sonic Youth (as one does), with the line “Schizophrenia is taking me home” – which in English (or indeed Welsh) sounds quite unambiguous. But then you realize that in French it has to be either chez moi or chez elle, and you suddenly click that you have absolutely no idea whose home it is or what the band meant (beyond the obvious stumbling block of having no idea whatsoever what the band meant anyway, that is…)

Aah. That seems to be exactly what I was trying to express, but put more succinctly than I did.