I’m guessing someone needs to tweak something somewhere. Diolch for all the hard work that goes into making/keeping SSiW the great place that it is!

Yup, there is confusion as I’ve switched to Northern and found this: 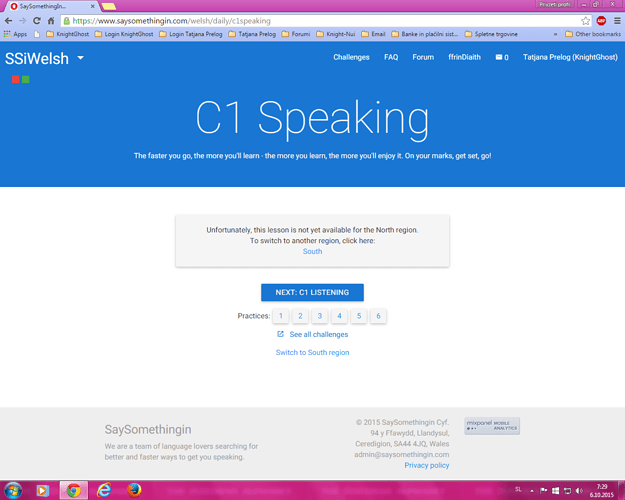 What shows there’s nothing to be practicing with on Northern side. On the app it appears only one listening practice on Northern side so here really is some kind of confusion made this week.

Thank you very much indeed for the heads up - I’m going to message @kinetic now, so as soon as he’s online he’ll get this sorted…