Cornish in Relation to Welsh and Breton

Speaking of language activism, it seems that the Celtic languages in general are under threat in Europe. And this is a very good tool for starting to comfortably use a language. When you get the SSiBorg up and running, it would be wonderful if Irish Gaelic, Scots Gaelic and Breton were on the menu, providing a repository from which the Celtic languages can live and grow again.

Speaking of language activism, it seems that the Celtic languages in general are under threat in Europe.

True, and possibly even more so for Welsh, Scottish Gaelic and Cornish now that Britain has voted to leave the EU. I don’t want to get into any debate for or against the EU here, but it is supposed to provide some level of protection for minority languages, certainly in principle, whether or not it makes much difference in practice. When the UK Government decided to cut all funding for the Cornish language recently, Cornish language groups campaigned against the decision on the grounds that Britain is obliged by EU regulations to support indigenous minority languages. We don’t have that argument any more.

I hope we will have SSi for Breton, Scottish Gaelic and Irish Gaelic soon — it’s a great and fun way to get started in any language and I too would love to see it developed further to support all the Celtic languages, and perhaps other endangered or lesser-known languages as well!

We don’t have that argument any more.

Yes, and that was what I was afraid the most … (not to go any further either).

Yes, I was particularly saddened that the majority of people in Cornwall (and Wales) voted for “Brexit”, especially when the EU has been far more consistent in giving funding specifically to Cornwall than the UK Government has. I can understand there are plenty of reasons why people don’t like the EU, and the hard fact is that the majority of people in Cornwall don’t speak Cornish and many either largely ignore the language or outright dismiss it as a useless gimmick. But EU or no EU, I wish there was more support for Kernewek from Cornish people themselves, as well as generally. Interest in the language is growing, but it’s slow, and it doesn’t help that, unlike Welsh and Breton, there aren’t (so far!) any established communities that speak mainly Kernewek day to day and teach it to their children. It’s not absolutely impossible that that might come about some day, but it’s something that’s very, very hard to achieve.

Courtenay,
The crowd of Cornish revivalists who uses the variety based on Late Cornish (i.e. 17th and 18th century), the distribution of r-sound is as in the traditional Anglo-Cornish dialect of West Penwith, which means that between vowels, including across word boundaries, /r/ is pronounced as a flap [ɾ], while in other positions /r/ is pronounced as in English [ɹ].
Dan

Since this thread mentions Breton. Thought I would post this link to a Wikibooks site, that has some starter materials for learning Breton.

Obviously an excellent course: “Yann goes to a Pub in Guisseny - Emañ Yann o vont d’ur c’hafe e Gwiseni”
I like it already!

Hi all,
I am catching this thread a bit late unfortunately, but if anyone is interested, I would be glad to keep on chatting.
I am a man from Brittany (Kerne area, around Kemper) currently living in Spain. I learnt Breton only about 12 years ago, and it was a complete discovery because I spent my whole childhood in Brittany without having any interest in the language. Now I am absolutely in love with it.
One of the things that arose this interest is my travelling to Ireland. I know some Irish (in fact, I can help novels with the help of a dictionary), but I would like to be as fluent as possible. I am very interested in Cornish too, as it is so close to our language.
Knowing Breton helps a lot in learning Cornish. Very often, the structures are understandable, even though they would seem odd in Breton. For example, “my a vynn” is the same as “me a venn” in Breton, but in Breton it would be rather heavy, and we prefer “fellout a ra din”. “Res yw dhymm” is “ret eo din”. Ydhomm/ezhomm, hwans/c’hoant, etc…
Probably Breton grammar can be unsettling for Celtic languages speakers. It uses a lot the auxiliar “ober” (to do) in questions and affirmatives, but not in negatives. It has developed a verb for “to have”, that has a complementary meaning with the phrase “to be with” (it’s not used in the same context).
And, of course, Breton spelling looks a lot more French, while Cornish spelling seems more based on English.

A thousand thanks to all those who are interested in Breton, I am sure you will love our language community, and I would be very enthusiastic to get in touch.

Do you use it the same way in Kernewek and Brezhoneg?

I’m trying to reconstruct “to like” phrases in brittonic

I’m not a Kernewek grammar expert (still a learner), but as far as I know, we don’t use hwans with war at all. As far as I’ve ever seen, hwans is used to mean a desire or wish or wanting something (not to like), and it’s usually followed by dhe (meaning to).

I’m not absolutely sure, but I think this would be pretty much correct: “Eus hwans dhis mos?” (“Do you want to go?”) “Eus, yma hwans dhymm mos.” (“Yes, I want to go.”) Literally, “there is a wanting to me to go.” I think the verb mynnes (to want) is more commonly used, though, or at least less formal sounding — with it, the same question and answer would be “A vynn’ta mos?” “Mynnav, my a vynn mos.”

To say one likes something, we generally use “da yw genev _____” — literally, “good is with me _____”. Or the other forms of gans (with), depending on which person(s) we’re referring to. So “da yw genev choklet” = “I like chocolate”; “da yw gensi kana” = “She likes to sing” and so on. I’m not sure if that happens in the other Brythonic languages, or if it’s just a quirk of Kernewek — I’d be interested to find out more.

Yeah, why I had “to like” in my head instead of “to want” I have no idea! Mae Chwant arna(f) (f)i (there is a wanting is on me)
Interesting how Kernewek uses “to me” and Welsh “on me”

Cymraeg has “hoffi” for “to like” but I think I heard somewhere that “hoffi” isn’t the original form. I’ll look into this more.

Similar construction takes place with Cym. …gyda fi “i have” (… (is) with me)
Would be equivalent to Ker. …genev (vy). Does this happen?

Oh yeah and also we mostly use “moyn” for “to want”. This might derive from “mynnaf” which is cognate to “mynnes” but not sure?

Similar construction takes place with Cym. …gyda fi “i have” (… (is) with me)
Would be equivalent to Ker. …genev (vy). Does this happen?

Oh yeah and also we mostly use “moyn” for “to want”. This might derive from “mynnaf” which is cognate to “mynnes” but not sure?

I think many of our basic nouns and verbs and adjectives are essentially the same or similar across the three languages but the ways they fit together grammatically to make sentences can be quite different. I haven’t learned Cymraeg (yet

) but I enjoy meeting Cymraeg speakers and comparing words and sayings.

Well diolch for confirming that! It’s always nice to see a simple cognate! I always have so many questions and language comparison is a massive help in historical linguistics! If your interested there are a few celtic Linguistic and celtic historical linguistic pages on Facebook where we often have these discussions.

Well diolch for confirming that! It’s always nice to see a simple cognate!

Diolch… well, there’s one word that doesn’t have a cognate in Kernewek, though one might expect it would. “Thank you” in Kernewek is “meur ras” — “meur” (great) + “gras” (grace), with a mutation. We must have borrowed the “gras” from Latin, probably via French, as indeed did Sowsnek (English).

Does “diolch” go back to an older Brythonic root, or else where does it come from, do you know? And is “thank you” in Breton similar to either of those, or different again, I wonder? (I know even less Breton than Cymraeg.)

I see “ci” / “ki” is the same in both languages. Actually, we also have “korr” meaning dwarf or tiny, so we can also have a korrgi in Kernewek… 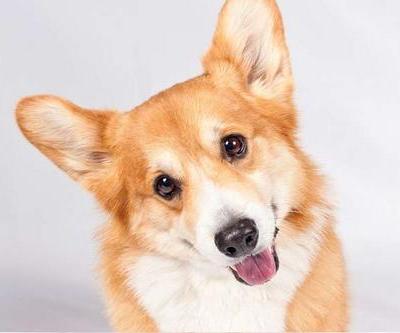 we mostly use “moyn” for “to want”. This might derive from “mynnaf”

I believe it’s from ymofyn “to ask; hence, to seek, desire, want”.

See e.g. http://geiriadur.ac.uk/gpc/gpc.html?moyn – GPC is good for looking up etymologies of Welsh words.

I doubt “mae/yma” were used in the original construction as I believe they derive from
brit. sin-mando- (this place) again unsure??

As I understand GPC, the use of y mae as a form of “to be” derives from mae meaning “where is”, from *mages-est: http://geiriadur.ac.uk/gpc/gpc.html?mae

is “thank you” in Breton similar to either of those, or different again, I wonder?

It’s trugarez, I believe, which I think is cognate to Cornish tregeredh “mercy”.

Yes I do use the gpc and I find it very helpful but also it gives no understanding of the meaning of the etymology for example *mages-est, gives you no indication of what *mages or *est are. But as far as I can tell *mages is a form of *magos- place/field in the locative, but I’m getting *magesi (can’t explain the dropped -i) and *est is *esti- it is/he is/she is where the -i is dropped (which is perfectly normal), so *magesi-esti ? Although I’m really not sure about *est < esti.
Also that doesnt account for the Cym/Ker. y- in yma/ y mae which seems to be from Brit. sin(dos)- this > Cym. Hyn then the h- was dropped (which isn’t normal!) leaving yn, then with the 2 nasals -n m- being merged.
So Cym. Y mae and Ker. Yma seem to be from a phrase like Brit. *sin(dos) magesi esti- This place it is/It is this place. Which makes a lot of sense when you also consider Cym. Yma- Here.

Also I’ll come back to Diolch soon need to do a bit more research first!