Five years ago I gave myself a challenge that in five years, I will have a conversation in Welsh. In my head it mean’t a natural flow of conversation as I would speaking English.
Well today I feel I did just that with a few guys at the bar, yes a full on banter but all in Welsh! It felt as natural as bantering in English!
I was at the Beer festival at Llanwrtyd and the guys came from Llanelli, Pwll and Burry Port, my hometown territory. So a thump in the air… I am there!

I have done this trip yearly for a number of years but this year I felt more comfortable and that the Welsh language is very much part of me.
I recently went on a weekend course with Cymdaithas yr iaith and the most motivational thing said was ( in Welsh) " you shouldn’t call yourselves learners but start calling yourselves new speakers"
And that is what I am doing now, rather than saying I am a learner, I get right in and speak Welsh regardless of the grammatical mistakes I must do. And it is great! 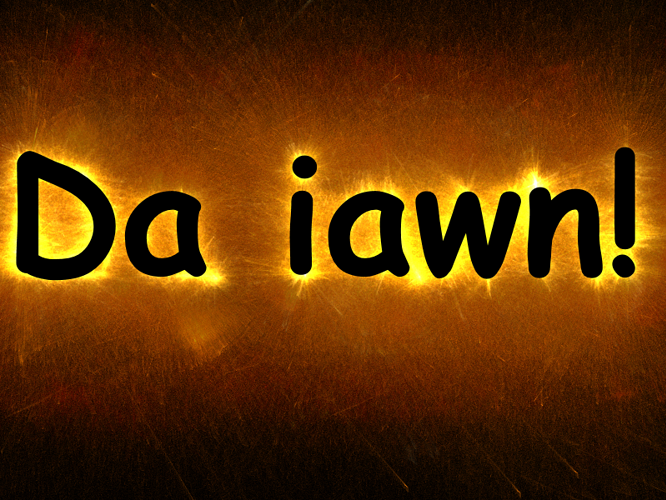 It was after bootcamp last year that I started calling myself a speaker rather than a learner.

However, if, after several years of learning Welsh you still call yourself a learner you, or other people, add the implicit “only”, you refer to yourself as “only a learner”. This is psychologically a damaging thing when I think that lack of confidence is one of the biggest stumbling blocks that learners have in their progress.

When we look at Iestyn and Aran’s children who don’t speak their language perfectly (yet) we don’t call them learners. They haven’t learned everything yet, but they will, and they aren’t learners.

Yes they are, fach, but then we all are all our lives!! I am 74 and still learning… not just Cymraeg, which I am more famous for forgetting, but…you name it!! I learn a lot about a lot every day, and have trouble with my over-burdened filing system in my brain!!
Those children are learning naturally, the very best way, the least painful way and the way the SSiW comes closer to than any other ‘teaching method’ I’ve met!!
I have an early memory of lying in my pram in summer with the cream fringed canopy fluttering and trying to say “Dada”. I remember the wonderful feeling of triumph! (Of course I couldn’t verbalise that, I couldn’t verbalise anything except Mama and Dada. but I know how it felt!! I sure was learning and my mam was thrilled. She could write to my Dad in the far east, fighting the Japanese and tell him!! (I didn’t exactly understand all that either!)

Forgive me. Of course, you are right. We all learn, every day. But some of us refer to ourselves, or allow ourselves to be referred to as “only” learners when we have in fact learned a great deal. There has to come a point when we are no longer ‘learners’ and we can legitimately call ourselves speakers.

I have an Italian friend who has lived locally for 20+ years. She uses some idiosyncratic English grammar and has some peculiar pronunciation. I have no idea how she learned her English. But she speaks it and I don’t consider her a learner. She communicates.

In another context I met someone I had done a nursing course with (I’m a nurse!) a few years later. I remembered him as the man who had asked all the intelligent sounding questions about the different philosophies behind the “Nursing Process”. He remembered me as the one who asked intelligent questions about statistics. We both though each other was great, much better than ourselves. What I learned from this conversation was that you only need to know three things more about whatever it is you are discussing than your colleague to be considered an expert.

three things more about whatever it is you are discussing than your colleague to be considered an expert.

And it is so humbling to find that a near-genius geneticist admires you for knowledge of, say, health physics or history!