Looking so forward to watching the newest episode of Poldark early in the morning after work (some kind souls offer series as streams…). I love the breathtakingly beautiful landscape…the vivid and complex characters, and, as Aidan Turner put it so aptly, the “drama in the sky”

…it can get quite dramatic here, too. 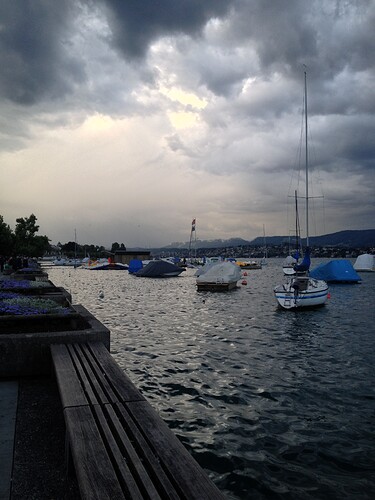 Da yw genev vy Poldark, yw hudel (not sure if I got this right)! I love Poldark, it’s magic…and I cannot wait for season 4 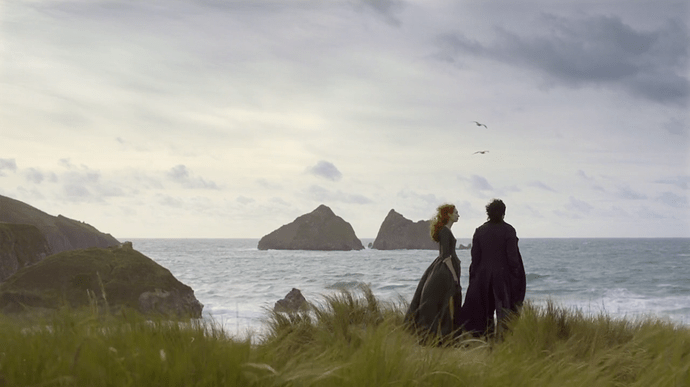 Who is the professor that speaks the words and sentences in the Cornish course? I’d like to tell him that the rhythm in his speech, the emphasis he puts on words, does help me greatly with memorising Kernewek. One word I haven’t forgotten a single time, after just hearing it once, is lemmyn, as the teacher often pronounces it with a certain “vigour” and probably a twinkle in his eye

Who is the professor that speaks the words and sentences in the Cornish course? I’d like to tell him that the rhythm in his speech, the emphasis he puts on words, does help me greatly with memorising Kernewek. One word I haven’t forgotten a single time, after just hearing it once, is lemmyn, as the teacher often pronounces it with a certain “vigour” and probably a twinkle in his eye

Ah, yes, I can imagine the fun you two had, retelling and listening to the Cornish legends and tales!

I’m sure Pol is a vivid tale-teller who can paint colorful pictures with his voice and words. I wish I could attend such a Cornish language event, too…

Hi, I am a Breton living in Spain, and I am enjoying this course. All the more so than it completes nicely my Breton. I’d be glad to exchange with anyone through all means possible.

should translate to hello, I am Daniel. How are you? (multiple readers). I like to speak cornish and I want to understand it.

On to lesson 3 now, would be keen to chat and practice online if anyone is up for it?

I’d love for us to have a general conversation practice thread like the Manx learners have here, if anyone feels brave (and fluent) enough to attempt it…

I would certainly be up for it, although my cornish is very basic at the moment

Yeah practicing Manx on the thread has definitely been useful! (I just copied the Welsh thread too

(Merry Christmas everybody and a Happy New Year to you all)

Can’t say for certain yet, but I have heard a rumour (from someone who knows someone) that the next 10 Cornish lessons should be uploaded soon…

@aran, do you have any further info about this?

Thanks, Aran. I was simply told they were “working towards uploading another 10 lessons, which should be available soon”, but that could mean anything…

Greetings to onen hag Oll!
I have just completed SSI Cornish, Season 1, lesson 7 and am very much enjoying the experience.
Concerning the next series, I am prepared to put my hand into my pocket and contribute to this worthy cause. Having benefited from a free series of lessons, tiz the least I can do by way of a 'Meur ras" to Pol and the team.
Matti Clarke’s (online)TV crowd-founder campaign appears to be progressing; perhaps the SSI-C could consider something similar or, perhaps, have the course(s) shown on Matti’s channel?
Just a few thoughts, for consideration.
My a wra Kernow yn (December)…which basic language group/class is closest to Probus?

I would love to see more SSiCornish lessons too, and would also be willing to support them financially — unfortunately they do seem to have stalled. We’ve occasionally heard rumours that new lessons are being prepared, but nothing’s been forthcoming. It doesn’t help that the Cornish language office that was behind the first set of lessons had all its funding cut a few years ago.

There are still some useful resources on their website: Learn Cornish Now — including, I’ve just confirmed, this map that shows where all the current classes and conversations groups are. The closest to you in Probus would be either Truro or St Austell. According to the map, there are classes for beginners at both locations — click on the red “map pins” and it gives you details and the teacher’s email address.

Both towns also have a regular Yeth an Werin (the green “map pins”), which is an informal Cornish conversation group. They always welcome all levels and are lots of fun. Hope you do get to one or more of them while you’re there!

I think the idea of doing some crowd-funding for Cornish is a great one - I’ll ask Pol and Mike about it, and see if it would be a help…

Courtney and Aran - many thanks for responding; it made me happy.
I will check the map, Courtenay, and endeavour to make it to one or more of the meetings. May brave it on my newly-acquired R6…rain & frost dependent, of course. Me being a fragile old Granddad, and all that